Will Elegant Themes Ever Make Another Theme?

The Divi Theme has become so successful, it makes me wonder if Elegant Themes will ever create a new WordPress theme.  After all, they did create 85 themes before they released the “Divi Theme”.

Will Elegant Themes Ever Make Another Theme?  Potentially, yes, however, our approach to building websites needs to evolve if we are going to grow as web-designers.  Some web-designers are stuck with the “template” mentality, while others are embrace creativity in the development of their sites, which I would argue, is the approach in which we should take in developing websites for our clients.

Below are the topics of discussion in this article. Please feel free to click on any one of the following links to skip to that section.

When I first was introduced to Elegant Themes, Divi had already been released for some time. When I looked at the “Themes” they had released, I honestly thought they looked a little old. Some of them were. That’s not a slam, . . . take a look at the first theme they released, named “BlueSky“.  By today’s standards, those early themes are a bit . . . dated, and that’s OK.  WordPress itself has come a LONG way since 2008 when Elegant Themes released “BlueSky”.

As I perused through their themes, with each release, I found that they looked better and were more functional with each new release. You could tell that Nick and his team were maturing as developers.  Back then, theme developers would release one new theme per month, generally speaking.  It was exciting to see what they were going to develop next month, and the forums were full of positive grateful comments from those who were using them.  Back then, Theme Developers were like Rock Stars.  OK, maybe only in the ‘nerd community’, but even so, they were meeting a need, and we web-designers began to depend on those theme developers so that they could use those themes on new clients.  And therein, lies the problem.

Do We Need to Change Our Paradigm?

Perhaps.  Prior to the release of the Divi Builder, we had become accustomed to seeing a WordPress Theme as an entity in and of itself.  We did what it let us do, and in the early days, we were grateful for that.  As time passed, however, we wanted to express more creativity. To meet that demand, a developer would release a new WordPress theme, but then the cycle would repeat itself again and again.

When Elegant Themes released the Divi Builder, we were free from the limitations that we were once bound by.  We found ourselves able to build pretty much anything we wanted, and the new “norm” was your own creativity.

Elegant Themes built the Divi Builder framework placing the creative power in your hands, not theirs.

You are no longer limited by the creativity of a Theme Builder.  Your creativity is your only limitation.

I would argue that a paradigm shift needs to take place in our thinking.  We now have the tools to create pretty much anything we want.  As such, we need to change our thinking from, “What’s the next theme they going to build for me?“, to “What can I build with the tools they have given me?”  The difference here is that you end up taking ownership of what you build, and when you assume that posture, you’ll find that you end up building sites that are a LOT different than what you had “settled” for in the past.  As a result, you end up pushing the limits as you develop sites and you mature as a web-designer with each new site you develop.

Fortunately, Elegant Themes has developed a framework that we can build upon.  The Divi Builder framework was built to work on all of their past themes, and future themes.  Additionally, the Divi Builder Plugin can be installed on themes built by other theme developers too.

Of course, there are themes that have their own “page builders”, that are proprietary to the theme they developed.  Most of the time, however, (if standard practices were followed), you can simply disable that theme’s page builder, and install the Divi Plugin and then enable it in order to use Divi on themes that have proprietary page builders.  Take the Avada theme by ThemeFusion, for example.  You can easily integrate Divi with the Avada theme, and get the best of both worlds.

Elegant Themes was so confident in the Divi Builder framework they had developed, they decided to build an entire niche website based on.  They called it Extra.

If you do not already know, “Extra” is a theme built by Elegant Themes that is based on the Divi Builder framework.  It is an extraordinarily powerful magazine layout that organizes posts into categories.  To give you an idea of just how powerful this theme is, the demo version has 70 sample posts just to show you what can be done with this theme.  Of course, you could have hundreds of posts, but to demonstrate the power of the implementation of categories in this theme, they only used 70 sample posts.

Before Extra was released, Nick Roach, (the founder of Elegant Themes), posted a blog entry entitled, “The Silent Progress of Extra, the Evolution of Divi, and a Glimpse into the Future of Elegant Themes“.  In it, he wrote the following:

In the same article, Nick also stated the following:

Does this mean that we will only be making themes powered by the Divi Builder and forgo the creation of simple niche themes forever? No, not necessarily, but for now it’s our main focus.

That was written in February of 2015.  As of November 24, 2018, Elegant Themes still has not developed a new “theme” (Template), like that of Extra, but what they have delivered is a mechanism for you to build niche websites by building upon the Divi Layout Packs.  All Divi Layout Packs are based on the Divi Builder framework.  As a side note, you may want to read an article I have written, entitled, “Why Should I Use Divi Layout Packs“.

Nick and his team have placed the power in your hands.  You no longer have to be a web-developer to build functional sites that look outstanding.  You just have to know how to use Divi to create your site, and if that’s too hard, you can simply install a Divi Layout Pack and modify it to your client’s needs.

What Will You Build Next?

Do you now see how designers became dependent on “Templates”, and as a result, were then bound by the limitations of what the theme developer had in mind?  Are you seeing how Nick and his team have developed a framework in which you can develop a website that is only limited by your imagination?

Will Elegant Themes ever make another theme?  Maybe.  But more importantly, what will you build next?  Will it be a site based off of the Divi Theme, which offers you a completely blank canvas to build whatever you want?  Or will you install the Divi Theme and apply one of the Divi Layout Packs to the site, modifying it until it becomes yours.  Your options are limitless.  Have fun building your next website with Divi.

How many themes does Elegant Themes have?
Elegant Themes created 85 before they created the ground-breaking Divi Builder.  The Divi Builder puts the creativity back in your hands as you can apply any one of the over 100+ Divi Layout Packs to your website. 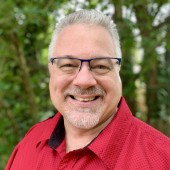 Tim has been building websites for clients since 1995, and loves to help people succeed. He brings a wealth of wisdom and insight from an entrepreneur's perspective, enjoys freelance writing, all things WordPress, and an occasional game of ping pong.

Why and How YOU can Become a Divi Ninja Master!

How To Create Clients Out Of A Major Blunder

How To Get Clients to Reproduce Clients

You Can Develop a Business Using Divi: Here’s How